From Dusk Till Dawn Wiki
Register
Don't have an account?
Sign In
Advertisement
in: Episodes, Season One, Season Premiere, Flashback episodes

Somewhere in a jungle, a terrified woman is being chased by some tribesmen. She is caught and thrown into a pit of snakes that repeatedly bite her, until a giant python slithers into her mouth. Elsewhere, Richie Gecko breaks his brother Seth out of jail and the two set off on a crime spree. They rob a bank, killing four Texas Rangers and two police officers in the process, and stop at Benny's World of Liquor. Rangers Earl McGraw and Freddie Gonzalez arrive and a bloody standoff ensues. Richie has visions of demons and a mysterious woman beckoning him from beyond, and Seth learns from the drug-lord Carlos that the Geckos must reach the Mexican border on their own.

The episode opens with a girl running away from some tribesmen and she falls into a pit filled with snakes. A shaman recites an incantation and a snake goes into the girl's mouth.

In the present, Richie Gecko breaks his brother, Seth, out of prison and they go on a crime spree, killing multiple law enforcement officers. Meanwhile, two Texas Rangers, Earl and Freddie, talk about different things going on in their lives. Earl will be retiring and Freddie will be getting his daughter, Billie, baptized. Earl tells Freddie he should cherish the time he has with his family as he only saw his daughter for an amount of 24 days in one year.

It is revealed that the Geckos have made a deal with Carlos Madrigal, a cartel leader, to get to Mexico and they stop at a liquor store. The two rangers later arrive at the same liquor store, and Earl goes in to get some liquor and to use the bathroom. Earl gets shot and in the same process, Richie gets shot in the hand. The brothers kill the liquor store employee, Pete, and hold two girls hostage, who Richie envisions as grotesque monsters in a few instances when he looks at them. Seth calls Carlos and he tells him he can't get them a ride, but he should trust Richie.

Earl succumbs to his wounds and dies, with Freddie swearing to take vengeance against the brothers for what they did. The brothers then escape with Freddie waiting for other officers to appear on the scene. 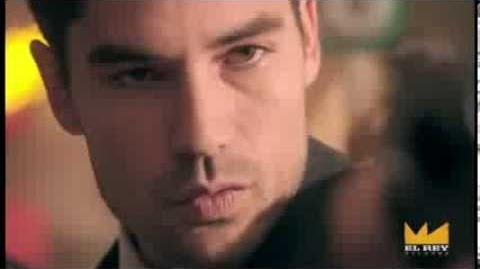