From Dusk Till Dawn Wiki
Register
Don't have an account?
Sign In
Advertisement
in: Episodes, Season Three, Episodes featuring all main characters

Santánico returns with a secret and leads the Geckos to Lord Venganza.

Santánico returns with a secret and a potential new ally in the form of Carlos Madrigal, who has been healed by her after being mutilated, prompting the Gecko brothers and the group to seek help from Lord Venganza, who has been hiding in a culebra prison. Carlos and Seth go into the prison to talk to her, while Richie and Santánico take the forms of prison guards to get in.

Eventually, all parties face yet another threat in the form of General Tatuaje – a general for Xibalban armies while Gonzalez is betrayed by a fellow ranger, Gary Willet, who attempts to hold him hostage for Amaru and Brasa, as he wants a place in the new realm. Tatuaje uses his power to gain control of the prisoners and most are killed by the group. Venganza also reveals to Carlos that Amaru needs her and the ashes of the other Lords as they consumed Amaru's body whole, and so she can regain her true form. Santánico and Carlos face off against Tatuaje, who at first is winning against them until he is stabbed by Santánico, killing him in the process.

In a desperate attempt to save his family, Freddie takes Venganza to use her as bait, leaving the group in disbelief at what he is doing. 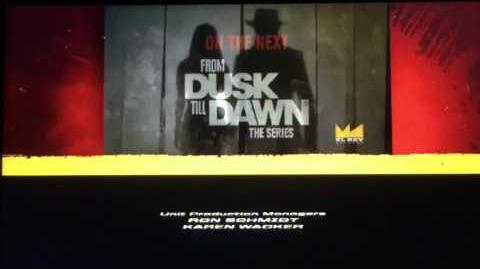